The right story has the power to inspire hope, inspire confidence, inspire action. Below you’ll find our latest featured story to do just that. 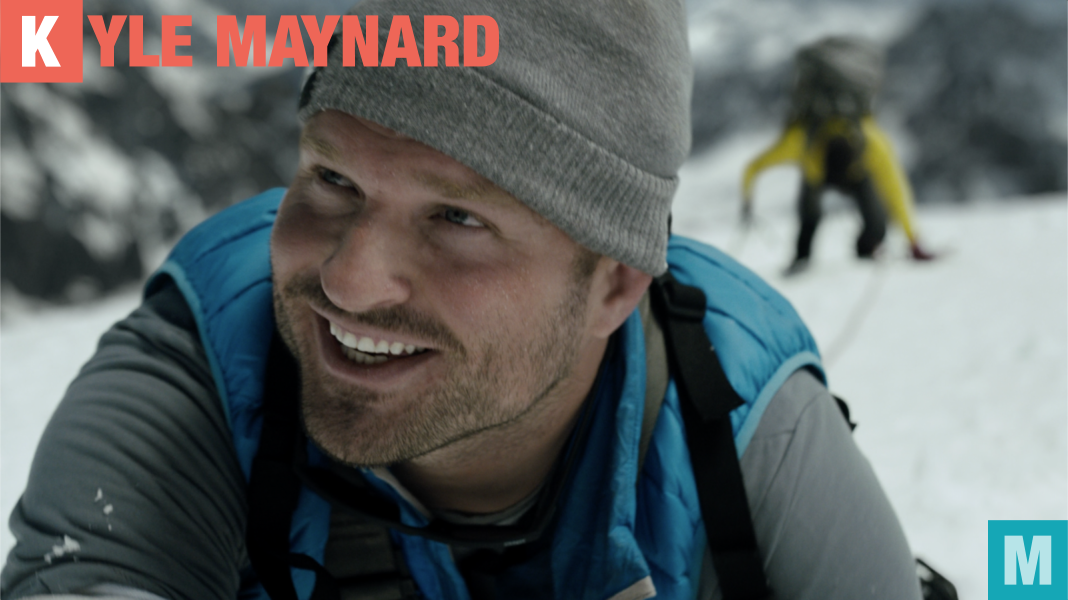 It’s January 15, 2012, and Kyle Maynard has just made history, but in truth it was just the next stop in a long line of historic moments.

If we ended Kyle’s story as he graduated from high school, that would be enough. That would include winning 36 wrestling matches as a senior, winning GNC’s World’s Strongest Teen by bench pressing 240 pounds 23 times, and winning ESPN’s Espy Award for Best Athlete With A Disability.

His disability? Because of a rare condition known as congenital amputation, Kyle was born without arms or legs. He was winning matches and bench pressing two of me as a quadruple amputee. If we took the story just a bit further, we could include his writing a New York Times Bestseller, his autobiography, No Excuses.

We love excuses. They’re an always-available cover-up for our fear, for our doubts, for our discomfort, for our habit of saying we want the world and then doing little to nothing to get it.

They prove that, despite every disadvantage, you can make it happen. Someone, somewhere, has already done what you want to do, and they did it with far less. We have no excuses.

Unless the thing we want is climbing a mountain, like Mount Kilimanjaro. Then, we can make excuses, right? I mean, it’s a mountain. A big one. Climbing something like that, even at the height of your athletic prowess, would be a challenge. Unless you’re Kyle Maynard.

On January 15, 2012, Kyle Maynard became the first quadruple amputee to climb Mount Kilimanjaro without assistance, crawling 19,340 feet in just 10 days. And he did it to raise awareness for wounded vets. If a man without arms or legs can crawl to the top of a mountain, what possible excuse do you and I have for not achieving our goals?